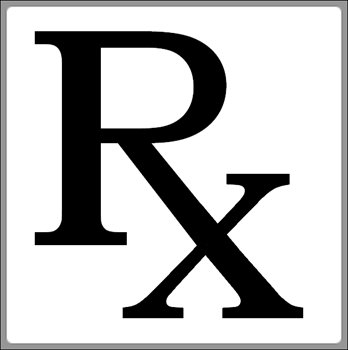 It has been ten days since I had the endoscopy procedure to determine what might be causing my discomfort when exercising.  This essentially entails inserting a flexible endoscope with camera down your throat to your stomach to visually examine inside of your body.    I had been given an overview of what not to do/eat when I made the appointment and the night before the exam I read the paperwork that came in the mail. The first thing that caught my eye was the fact that sedation was optional.  There was no question in my mind, if you don’t need the drugs, why take them?  The second thing that caught my attention was the fact that I could not even drink water six hours prior to the procedure which was to be done at 3 p.m.   Upon my arrival, everybody was very efficient but seemed quite surprised when I announced I didn’t want drugs (okay, for those of you thinking I was being rebellious, remember this was an option).  Apparently you still need to have an IV in place just “in case” you were to need the drugs.  No problem.  Wrong!  The nurse couldn’t find my veins – they seemed quite prominent to me.  The first attempt had me hitting the ceiling as the pain was so intense (it was like a swarm of bees had attacked just one spot).  Later, I found out that she had hit a nerve.  FOUR attempts later, we had success.  This difficulty could have been due to the fact I was dehydrated – might I suggest to the medical community not to schedule afternoon appointments going forward.  My bed and I were then wheeled into the procedure room (lots of kudos for the nurses – that manuevering all day long cannot be easy).  The doctor was affable though young (but then isn’t everyone these days) and he outlined the procedure to me since I wasn’t going to use drugs.  They place a mouth guard on you (think dentist) to protect your mouth and keep it open.  The two things that were mandatory was that I swallow when he told me and that it would be at the beginning as the scope entered the throat and that I had to breathe through my nose.  Yikes, I never breathe through my nose; do I tell him this (which was difficult with the mouth piece) or pray for surf.  I decided to ride the wave and concentrate on breathing through the nose – just how difficult could this be – even though my mouth would also be open.  I got through the swallowing part – like a golf ball – feeling like I was gagging and choking all at the same time.  Just remembering to breathe was difficult enough plus I was looking at the monitor the whole time not knowing the first thing about what was on the screen.  My heart rate and blood pressure reached record highs; thankfully the exam took only several minutes and then all was done.  This is definitely another miracle of medical science, but I think the procedure was borrowed from a POW camp.   They did find some mild redness where the esophagus and stomach meet which was in line with a GERD diagnosis.  The doctor thought that possibly where it was located was being irritated when I exercised.  He increased my medication to 2x/day and emphasised not eating any citrus or tomatoes and then I walked out feeling just fine about 10 minutes later to head to the pharmacy.  NO drugged feeling!  The good news was that it was mild – I don’t know if that meant at some point it was more severe and that it is getting better or I this point I didn’t need to be concerned about the many complications of these symptoms.  There were times I thought this was pyschosomatic and it was good to know ‘something’ was there.  My throat felt slightly bruised for a few days and my hands and arms still show signs of bruising!

This last week Nurse Jesse forwarded me an article from the NY Times on reflux and heartburn.  It was one of those articles that was like peeling an onion with many layers and links.  I clicked on them all and read everything.

For any of you that suffer from heart burn on a regular basis (this means Tums a few times a week), PLEASE contact your physician for advise.  This isn’t to be taken lightly as esophageal adenocarcinoma is the fastest growing cancer in the western world.

One of the things that stood out for me:
If you suffer from heart burn your diet should have no carbonated beverages, no fruit except for melons and bananas.  No alcohol, chocolate or fried food.  Nothing out of a bottle or can except water.  And you should eat close to the ground; grains, cereals, fish, poultry, and vegetables should be the mainstay of your diet for at least a year.

Don’t think about the pH effect on the body after digestion which contributes to the acid/alkaline balance in the body, but the actual pH of the food.  A lemon though highly acidic has an alkalising affect on the body; it along with berries cannot be eaten on a reflux diet.  I probably could have had a martini or two for all the fruit smoothies I ate this summer and been better off on the pH scale.  Also, just because a food has a higher pH doesn’t mean it is better for you on this diet, meat and butter are good examples. When you eat a food high in fat, the fat takes longer for your stomach to digest. Because this food stays in your stomach longer, the stomach then produces even more acid to digest it.  Some foods such as mint and alcohol relax the stomach muscle allowing acid to go back up in the esophagus.  And, some foods are just natural trigger foods in many people: tomatoes, onions, garlic, citrus and spicy foods.  Lastly, if you eat packaged or processed foods be especially aware of reading the package labels VERY carefully as most of these items have a citric acid added to preserve the food and that can be very irritating for you.

By once again tweaking the food I am eating I am hoping to heal my body. Even though I have been on a high alkaline diet for years something triggered this condition. Could it be that the reflux diet is the ideal diet: high alkaline, low fat, low cholesterol, low acid and high in vegetables?   It takes lots of individual experimentation, but I feel hopeful this will end soon.  It’s like a slow dance and everything else in life: one step at a time.

One thought on “Endoscopy”